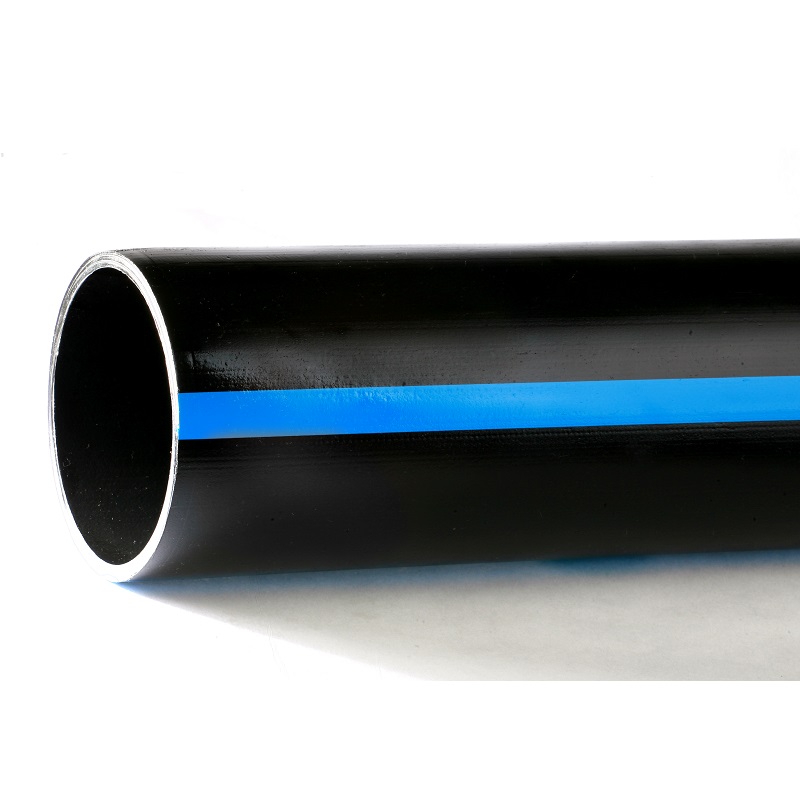 Send email to us

Dayu Water Saving Group Co., Ltd. was established in 1999. It is a national high-tech enterprise based on the Chinese Academy of Water Sciences, the Science and Technology Promotion Center of the Ministry of Water Resources, the Chinese Academy of Sciences, the Chinese Academy of Engineering and other scientific research institutions. Listed on the Growth Enterprise Market. Stock code: 300021. The company has been established for 20 years and has always focused and dedicated itself to the solution and service of agriculture, rural areas and water resources. It has developed into a collection of agricultural water saving, urban and rural water supply, sewage treatment, smart water affairs, water system connection, water ecological management and restoration and other fields. A professional system solution provider for the entire industry chain integrating project planning, design, investment, construction, operation, management and maintenance services. It is the industry's first in the field of agricultural water saving in China and a global leader.

High-density polyethylene, the English name is "High Density Polyethylene", or "HDPE" for short. HDPE is a highly crystalline, non-polar thermoplastic resin. The appearance of the original HDPE is milky white, and the thin section is translucent to a certain extent. PE has excellent resistance to most domestic and industrial chemicals. Certain types of chemicals can cause chemical corrosion, such as corrosive oxidants (concentrated nitric acid), aromatic hydrocarbons (xylene) and halogenated hydrocarbons (carbon tetrachloride). The polymer is non-hygroscopic and has good water vapor resistance, and can be used for packaging purposes. HDPE has good electrical properties, especially the high dielectric strength of the insulation, making it very suitable for wires and cables. Medium to high molecular weight grades have excellent impact resistance, even at room temperature and even at low temperatures of -40F.

HDPE is a thermoplastic polyolefin produced by copolymerization of ethylene. Although HDPE was launched in 1956, this plastic has not yet reached a mature level. This general-purpose material is constantly developing its new uses and markets.

HDPE is a non-polar thermoplastic resin with high crystallinity. The appearance of the original HDPE is milky white, and the thin section is translucent to a certain extent. PE has excellent resistance to most domestic and industrial chemicals. Certain types of chemicals can cause chemical corrosion, such as corrosive oxidants (concentrated nitric acid), aromatic hydrocarbons (xylene) and halogenated hydrocarbons (carbon tetrachloride). The polymer is non-hygroscopic and has good water vapor resistance, and can be used for packaging purposes. HDPE has good electrical properties, especially the high dielectric strength of the insulation, making it very suitable for wires and cables. Medium to high molecular weight grades have excellent impact resistance, even at room temperature and even at low temperatures of -40F. The unique characteristics of various grades of HDPE are the proper combination of four basic variables: density, molecular weight, molecular weight distribution and additives. Different catalysts are used to produce customized polymers with special properties. The combination of these variables produces HDPE grades for different purposes; achieving the best balance in performance.

This is the main variable that determines the characteristics of HDPE, although the four variables mentioned do affect each other. Ethylene is the main raw material of polyethylene. A few other comonomers, such as 1-butene, 1-hexene or 1-octene, are also often used to improve polymer performance. For HDPE, the content of the above few monomers generally does not exceed 1%-2%. The addition of comonomer slightly reduces the crystallinity of the polymer. This change is generally measured by density, which has a linear relationship with crystallinity. The general classification of the United States is in accordance with ASTM D1248, and the density of HDPE is 0.940g/. Above C; The density range of MDPE is 0.926～0.940g/CC. Other classifications sometimes classify MDPE as HDPE or LLDPE. Homopolymers have the highest density, the highest stiffness, good permeability and the highest melting point, but generally have poor resistance to environmental stress cracking (ESCR). ESCR is the ability of PE to resist cracking caused by mechanical or chemical stress. Higher density generally improves mechanical strength, such as tensile strength, stiffness, and hardness; thermal properties such as softening point temperature and heat distortion temperature; and impermeability, such as air permeability or water vapor permeability. Lower density improves its impact strength and E-SCR. Polymer density is mainly affected by the addition of comonomers, but to a lesser extent by molecular weight. The high molecular weight percentage reduces the density slightly. For example, homopolymers have different densities in a wide range of molecular weights.

The most common production method of PE is through slurry or gas phase processing, and a few are produced by solution phase processing. All these processes are exothermic reactions involving ethylene monomer, a-olefin monomer, catalyst system (may be more than one compound) and various types of hydrocarbon diluents. Hydrogen and some catalysts are used to control molecular weight. The slurry reactor is generally a stirred tank or a more commonly used large-scale loop reactor in which the slurry can be circulated and stirred. When ethylene and comonomer (as needed) come into contact with the catalyst, polyethylene particles are formed. After removing the diluent, the polyethylene granules or powder granules are dried and the additives are added according to the dosage to produce pellets. A modern production line with large reactors with twin screw extruders can produce more than 40,000 pounds of PE per hour. The development of new catalysts contributes to improving the performance of new grades of HDPE. The two most commonly used types of catalysts are Philips' chromium oxide-based catalysts and titanium compound-alkyl aluminum catalysts. The HDPE produced by the Phillips catalyst has a medium-width molecular weight distribution; the titanium-alkyl aluminum catalyst has a narrow molecular weight distribution. The catalyst used in the production of narrow MDW polymers in a dual reactor can also be used to produce wide MDW grades. For example, two reactors in series that produce significantly different molecular weight products can produce bimodal molecular weight polymers that have a full range of molecular weight distributions. PE pipe fittings

The process is more difficult or requires higher pressure or temperature.

Molecular weight distribution (MWD): The WD of PE varies from narrow to wide depending on the catalyst used and the processing process.

The most commonly used MWD measurement index is the unevenness index (HI), which is equal to the weight average molecular weight (MW) divided by the number average molecular weight (Mn). This index range for all HDPE grades is 4-30. The narrow MWD provides low warpage and high impact during the molding process. The medium to wide MWD provides processability for most extrusion processes. Wide MWD can also improve melt strength and creep resistance.

The addition of antioxidants can prevent degradation of the polymer during processing and prevent oxidation of the finished product during use. Antistatic additives are used in many packaging grades to reduce the adhesion of bottles or packaging to dust and dirt. Specific applications require special additive formulations, such as copper inhibitors related to wire and cable applications. Excellent weather resistance and anti-ultraviolet (or sunlight) can be achieved by adding anti-UV additives. Without the addition of UV-resistant or carbon black PE, it is recommended not to continue to use it outdoors. High-grade carbon black pigments provide excellent UV resistance and are often used in outdoor applications, such as wires, cables, tank layers or pipes.

PE can be manufactured in a wide range of different processing methods. Using ethylene as the main raw material, propylene, 1-butene, and hexene as the copolymer, under the action of a catalyst, the slurry polymerization or gas phase polymerization process is adopted, and the obtained polymer is flashed, separated, dried, granulated, etc. Process to obtain finished products with uniform particles. Including such as sheet extrusion, film extrusion, pipe or profile extrusion, blow molding, injection molding and rotational molding.

▲Extrusion: The grade used for extrusion production generally has a melt index less than 1 and a medium-to-wide MWD. During processing, low MI can obtain suitable melt strength. Wider MWD grades are more suitable for extrusion because they have higher production speeds, lower die pressures and reduced melt fracture tendency.

PE has many extrusion applications, such as wires, cables, hoses, pipes and profiles. Pipe applications range from small-section yellow pipes for natural gas to thick-walled black pipes with a diameter of 48in for industrial and urban pipelines. The use of large-diameter hollow-wall pipes as a substitute for rainwater drainage pipes made of concrete and other sewer pipes is growing rapidly.

Sheet and thermoforming: The thermoforming lining of many large picnic refrigerators is made of PE, which is tough, light and durable. Other sheet and thermoformed products include mudguards, tank liners, pan guards, shipping boxes and tanks. A large number of fast-growing sheet applications are mulch or pond bottom villages, which are based on the toughness, chemical resistance and impermeability of MDPE.

▲Blow molding: More than 1/3 of HDPE sold in the United States is used for blow molding. These range from bottles containing bleach, motor oil, detergent, milk and distilled water to large refrigerators, car fuel tanks and canisters. The characteristics of blow molding grades, such as melt strength, ES-CR and toughness, are similar to those used for sheet and thermoforming applications, so similar grades can be used.

Injection-blow molding is usually used to make smaller containers (less than 16oz) for packaging medicines, shampoos and cosmetics. One of the advantages of this process is that the production bottles are automatically trimmed, without the need for post-finishing steps like general blow molding. Although some narrow MWD grades are used to improve surface finish, medium to wide MWD grades are generally used.

▲Rotational molding: The materials using this processing method are generally crushed into powder materials, which are melted and flowed in the thermal cycle. Rotomolding uses two types of PE: general-purpose and cross-linkable. General-purpose MDPE/HDPE usually has a density ranging from 0.935 to 0.945g/CC, with a narrow MWD, so that the product has high impact and minimal warpage, and its melt index is generally in the range of 3-8. Higher MI grades are generally not suitable because they do not have the impact and environmental stress crack resistance expected of rotomolded products.

High-performance rotational molding applications utilize the unique properties of its chemically cross-linkable grades. These grades have good fluidity in the first part of the molding cycle, and then crosslink to form their excellent environmental stress crack resistance and toughness. Wear resistance and weather resistance. Cross-linkable PE is only suitable for large containers, ranging from 500-gal tanks for transporting various chemicals to 20,000-gal agricultural tanks.

High-density polyethylene is non-toxic, tasteless, and odorless white particles with a melting point of about 130°C and a relative density of 0.941 to 0.960. It has good heat resistance and cold resistance, good chemical stability, high rigidity and toughness, and good mechanical strength. Dielectric properties and environmental stress cracking resistance are also good.

Keep away from fire and heat insulation during storage. The warehouse should be kept dry and tidy. It is strictly forbidden to mix in any impurities, sunlight and rain. Transport should be stored in clean, dry, covered carriages or cabins, and there should be no sharp objects such as iron nails. Mixed transportation with flammable aromatic hydrocarbons, halogenated hydrocarbons and other organic solvents is strictly prohibited.

HDPE is the fastest growing part of the plastic recycling market. This is mainly due to its easy reprocessing, minimal degradation characteristics and its large number of applications for packaging purposes. The main recycling is to reprocess 25% of recycled materials, such as post-consumer recyclables (PCR), with pure HDPE to make bottles that are not in contact with food.

Write your message here and send it to us
欧美护士激情第一欧美精品